The Champion of Khorne finally broke through the hordes of enemies. Now no-one stood behind him and the Wizard. He started up the rise and was suddenly crippled by the heat of a debilitating fever. He staggered to a halt and fell to his knees, axe dropping from sweaty hands. Too weak to resist, he watched in helpless horror as the Wizard closed to deliver the death blow.

Chaos sorcerers hold a special place in my hearth, as I would always pick one when playing RoC Warbands in my young days. For you see, I was that guy who always played the wizard in all RPGs. I think it all started because of the Sorcery! "Fighting Fantasy" series and from that point most of my characters were practionners of magic.

Citadel produced a number of fantastic looking sorcerers in the 80s, and I happen to have a few in my collection.
The first two sorcerers I decided to paint are true classics, and have fought many a battle for me in the early 90s! So I rewarded them both with a new paint job. Now of course with accompanying familiars (I was always too lazy to paint those as a kid!) 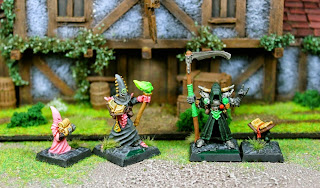 The sorcerer above has a very different colour scheme from the rest of the army, just because I felt like doing something different (I will also admit being a fan of the colour pink), so I went with the green flame to tie him with the rest of my force. I also think it looks more chaotic than the classic red flame. I just used reverse colours for the familiar, something I picked up from Napoleonics! 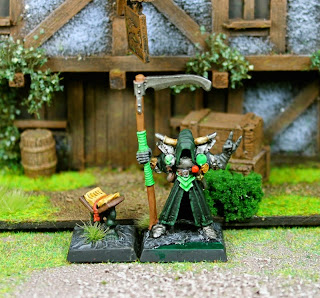 I just love this figure by Jes Goodwin. You can see the inspiration behind the later Chaos Lord figure
I went with my main colour scheme on this figure but with a deeper green i've recently been experimenting with, using the Andrea green paint set.

I will probably use these two as undivided chaos sorcerers (although they could be used respectively as Slaanesh and Nurgle sorcerers in a pinch). We do not use a lot of magic in our games anymore, at least not when playing Warhammer, so I really do not need more than two wizards...but I'll probably end up painting a few more, just because I like the models so much. They can always be used as Chaos Champions.
Posted by Iannick at 10:04 AM 2 comments:

Apologies for the recent lack of updates; after quite a few months of health problems (I had to undergo 3 knee surgeries, and the healing was really slow) I went back to work two weeks ago. After all those months of mostly doing nothing, a full time job is wearing me out a little, so I haven't done a whole lot of painting. Others have been doing some work for me however...

Last friday I received a nice package from Pennsylvania; two buildings built for me by Rusty Gouldman, a member of the Facebook Oldhammer group. While discussing a trade he mentioned he was available for commissions on buildings and after seeing a picture I was quite impressed and ordered two buildings. 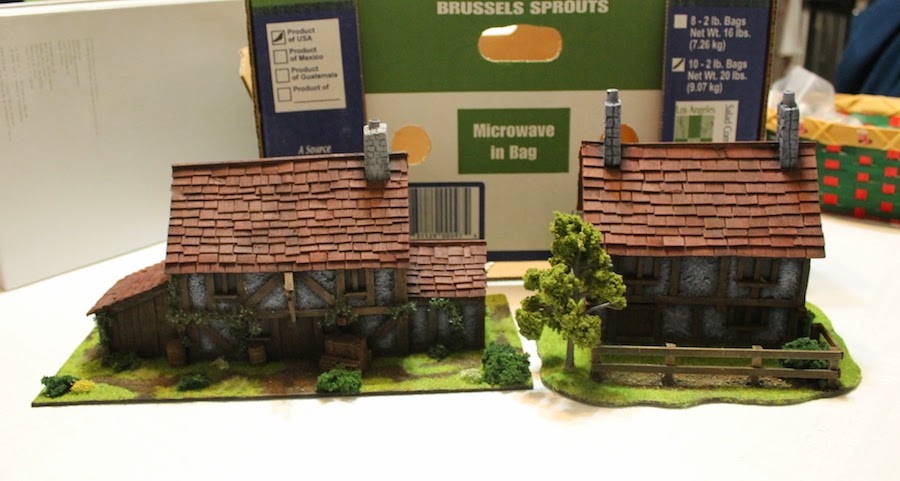 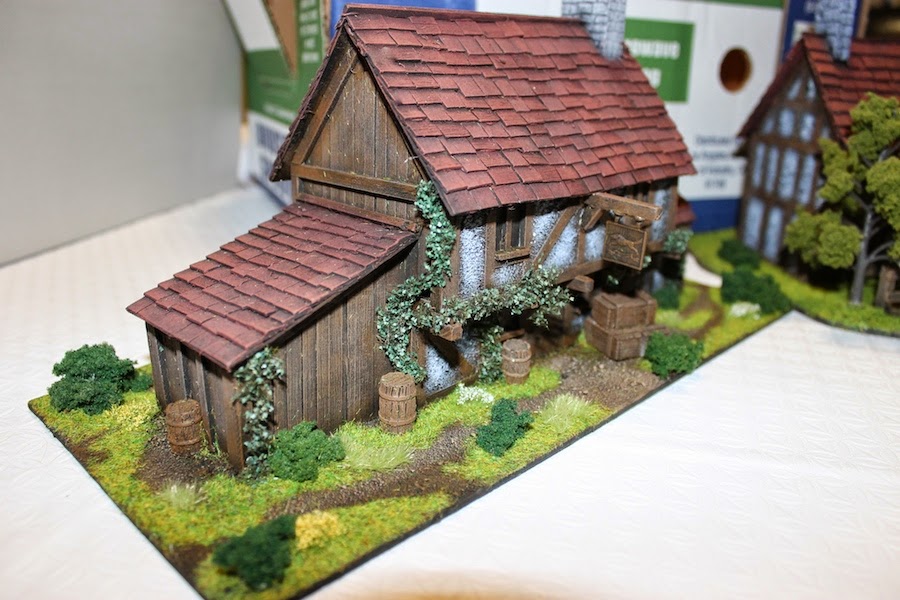 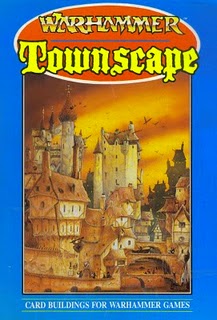 Both are entirely scratchbuilt, and what is even cooler is that they are based on the old Townscape templates released in 1988, which gives them the perfect Oldhammer look. The detailed bases and all the little extras just add a nice final touch. I'm quite pleased with this purchase, and I'll probably get a few more to get a complete village. They make a great addition to my terrain collection, and might see some use as early as next week if I manage to get a game with my brother before he leaves for Japan.
Posted by Iannick at 9:54 PM 5 comments: