It is the colour of a bleached skull, his flesh; and the long hair which flows below his shoulders is milk-white. From the tapering, beautiful head stare two slanting eyes, crimson and moody, and from the sleeves of his gown emerge two slender hands, also the colour of bones

The last bonus theme of the Painting Challenge was "antihero". It was also the price paid to join the challenge, as each participant must donate one painted antihero of our choice to Curt.

My choice was an easy one; I would pick *the* antihero of fantasy literature, the White Wolf himself, Elric of Melniboné. For many gamers, the fantasy bug came courtesy of J.R.R. Tolkien's Bilbot or Lord of the Ring. But for me, the love of the genre started after reading Michael Moorcock's Elric Saga. To this day the six first original books are probably the novels I have read the most often in my life, and I still pick them up once in a blue moon. It probably also explains my love of Warhammer Chaos (heavily influenced by Moorcock's work). 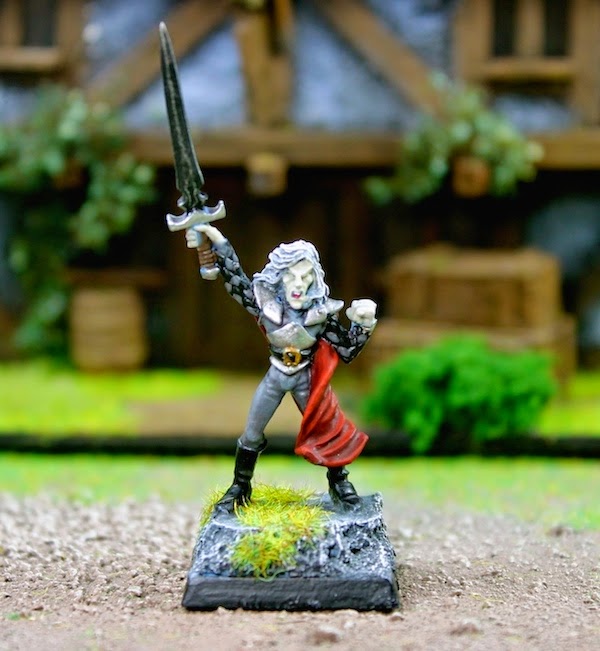 The story of Elric, last emperor of Melniboné, is one of life and death, fate versus free will, evil vs good and of course Law versus Chaos. Bound to Stormbringer, a weapon he loathes but needs, Elric tries to bring morality to a life which should be devoid of the mere notion. 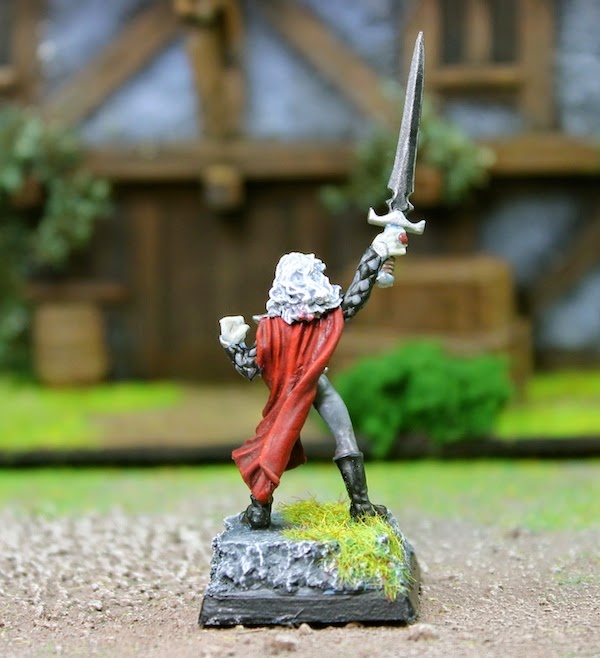 Plagued by his destiny, the things he tries to control have quite often been decided by higher powers. A tragic figure, but a fascinating character. A true antihero. 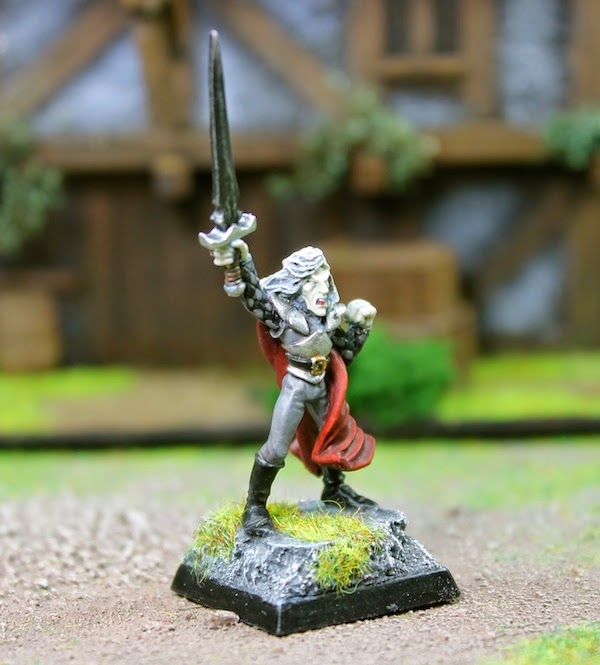 The figure I chose, Elric the Whitewolf, is a figure from Citadel, released in the mid-eighties to be used with the "Stormbringer" roleplaying game as part of their "Eternal Champions" range. 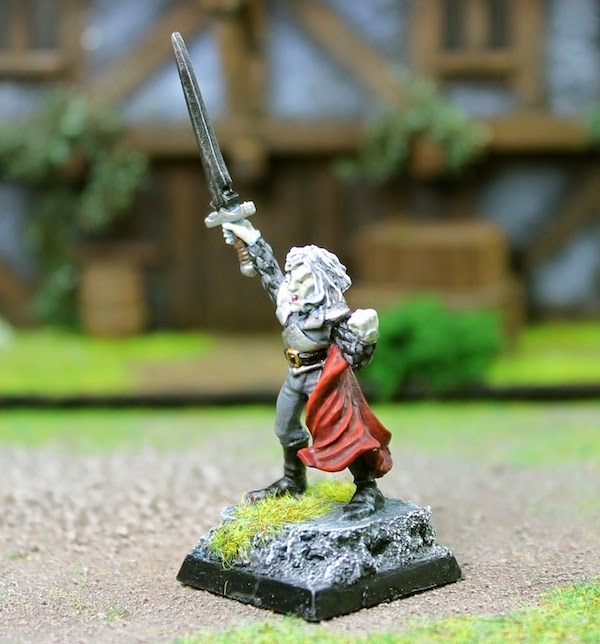 It is I believe pretty rare and often fetches 15-20$ or more on Ebay. Of all the figures I gave to Curt for this challenge, it is the one I'm most attached to, but I know it will have a good home and Curt definitely deserves it! 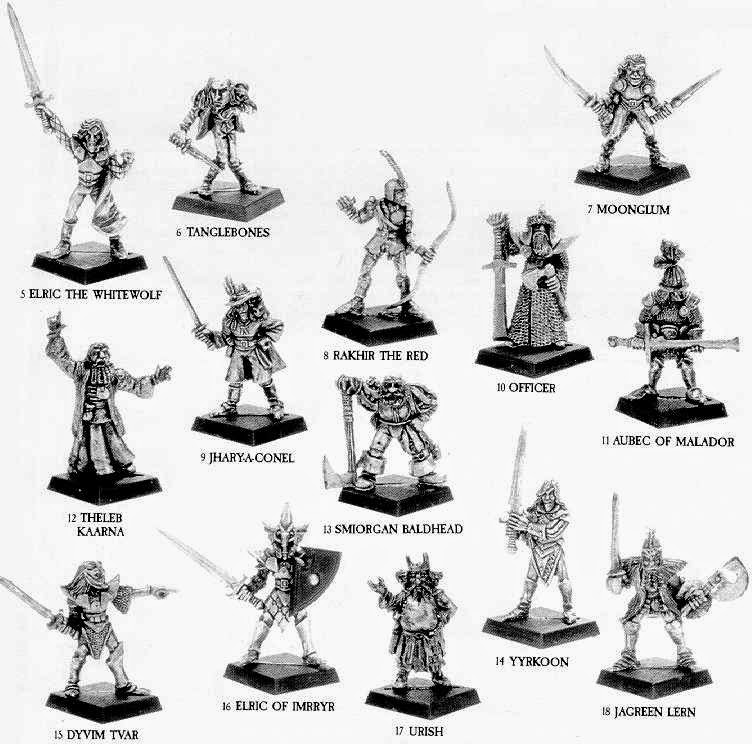 I shall end this post and this year bonus round themes with my favourite last line of any novel, the last line of "Stormbringer" :

"Farewell, my friend. I was a thousand times more evil than thou!".
Posted by Iannick at 10:27 PM