Beast of Nurgle (my take)

Sometimes you just do a little window-shopping on the web and you stumble on something unexpected...that's what happened with this piece. I was looking at Fantization Miniature website and I saw this Hell Dorado range I knew nothing about, and this particular piece spoke to me. It was grotesque, disgusting, wormy and, quite frankly, perfectly Nurgle-esque. I was never the biggest fan of the Beast of Nurgle models, even the first one. Always thought it could/should be more disgusting. So this piece would make a fine replacement! I mean, it's a pile of worms, how could it not?! 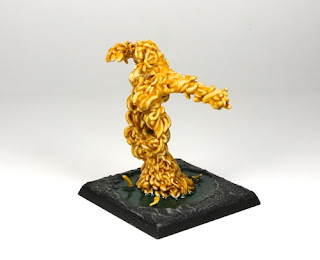 The figure, however, while nicely sculpted with loads of character, was very fiddly to put together and parts didn't fit very well. If you want to piss me off about a range, that's the way to go! Having said that, the final result is still pretty cool. I went with a vomit yellowish colour, as the orginial white worm colour scheme I tried didn't look very good. 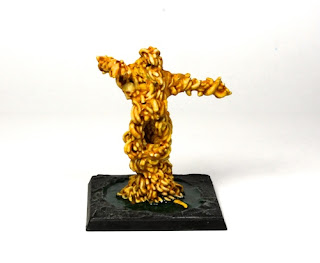 The base is made as if the Beast just rose from a puddle of goo. It still follows my army's basing scheme colour, so win-win.
Posted by Iannick at 11:19 AM 6 comments: