A few weeks ago I sent over to a member of the Oldhammer Facebook community, by way of Vermont (long story), a few OOP GW inks as a Christmas gift. I rarely use inks nowadays (washes or AP) and Don was out of his favourite inks so I figured it was an opportunity to do a good deed, Christmas spirit and all.

Don returned the favour right away, sending me Warhammer Siege as a new year's gift! Let this be a reminder to all of us that it pays to be generous!

So yeah, it took me over twenty years but here they are, the complete collection of rulebooks made for Warhammer Fantasy Battle 3rd edition. Well, I've had 4 of the 5 since my early teens, but never got around to getting Warhammer Siege. It was a lot of fun reading for the first time a 3rd edition rulebook! I'm glad I have the two RoC books already, as they are going for some insane prices on Ebay (still worth it, though. Yes they are that awesome). 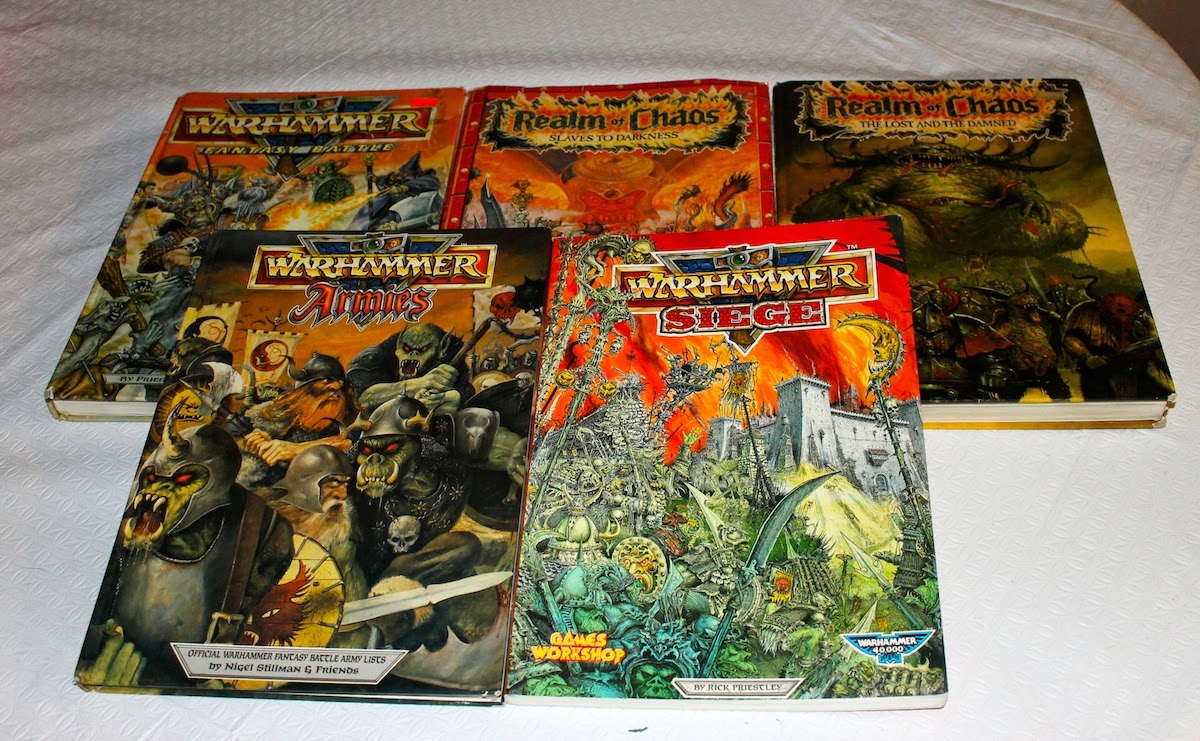 The 3rd Edition really is the edition of my youth and the one that represents most Oldhammer to me. I started playing around 1989-1990, a few years before the 4th edition came along, and although I played a lot of the 4th (High Elves vs Goblins, anyone) the one which made an impact on me most was definitely the 3rd. I was also playing a lot of Warhammer Fantasy Roleplay at the time, and the two mixed really well together. In fact, I believe I got Realm of Chaos originally as a supplement for WFRP. You can see from the corners that these books have seen a lot of action, although incredibly my Slave to Darkness copy still has its dust jacket 25 years later!

This is the first part of my collecting of Oldhammer books. I'm working on acquiring the earlier editions as well as the complete collection of WFRP books 1st edition. I sold a long time ago the few WFRP supplements I had, and my rulebook (in french) is literally in shambles! So I would like to get a copy in better condition, in the original english version.


I also have a few of the 1st edition 40K (Rogue Trader) rulebooks, and *that* is a testament to my hoarding disorder! I haven't played in 20 years, I've sold or lost all my figures during the dark days of my late teen years and yet...I. just. can't. get. rid. of. it. I just know if I sell them I'll regret it! 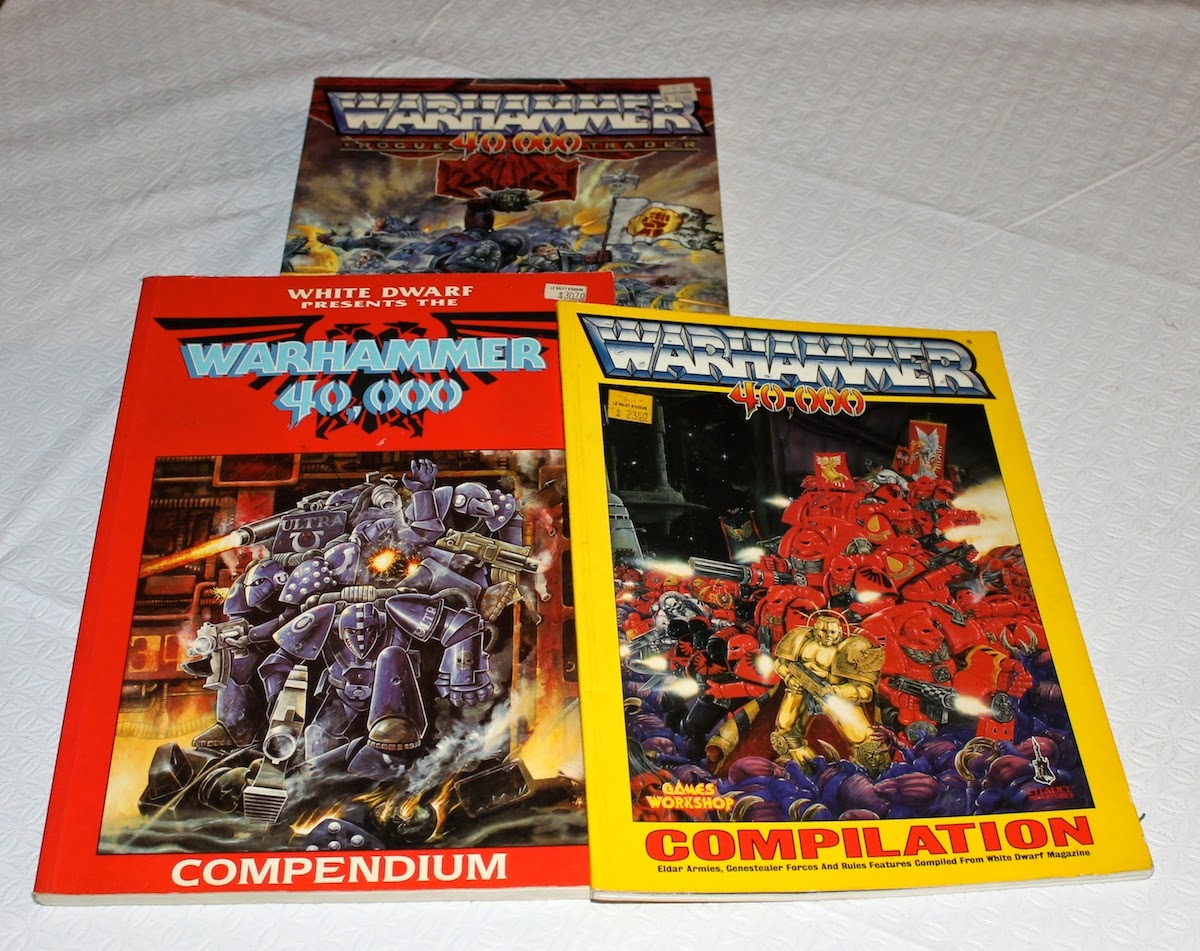